I’ve always been the one in the house that’s had to deal with spiders, bees and other bugs. More recently with the introduction of a cat I’m now also in control of frog, bird, mouse, vole and, would you believe it, worm removal. None of it bothered me, until last night when this thing appeared. 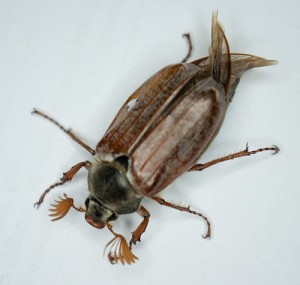 I’ve no idea what it is (any clues?) but it was much bigger than a bumble bee and with no reference as to whether it would sting or bite gave me quite a shock as it took off and flew like a Hercules in an uncontrollable fashion. There was a huge sense of relief when I managed to get it out through the window (I’m not a squasher, I like to let them go)

For all those overseas readers you can tell from the shock that us Brits are a bit rubbish when it comes to bugs!

One thought on “wtf!”