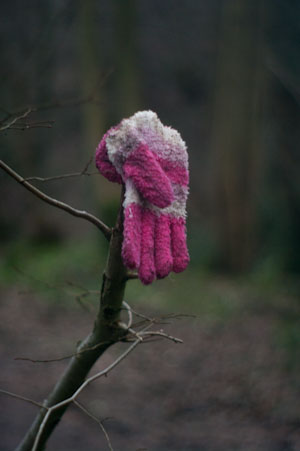 Well the family decided to go to the shops and one of my resolutions was to shop less. So I decided to fulfil another resolution to go walking more.  I packed up a sarnie, drink, few nibbles, got my boots out, coat, hat, gloves, super warm ePHOTOzine fleece and camera.

I decided to go to Win Hill. It’s the first hill I climb in Derbyshire and one I slept on on my stag night back in the 80s. I also decided to shoot landscapes with juts a 50mm (about 75mm on the Pentax)  I have an old 50mm f/2 manual lens and have never used it on digital so that was my one lens shooter today.

I packed the stuff in the car and set off. About 40mins later I pulled into a car park, got my coat on and then realised I’d not packed the boots! It was really muddy and I just had shoes.

The Win Hill project took a nose dive and a substitute was needed. I decided to bring forward a walk through Riverlin Valley that I was going to do to record some of the remnants of the Victorian industry.

For those who don’t know Riverlin Valley is on the outskirts of Sheffield. It’s a three and a half mile stretch with some great features. And it’s steeped in history.  Details here: Riverlin Valley on Wikipedia

I took plenty of photos getting some good ones of iced over dams, close ups of sluice gate cogs, record shots of several of the bridges that were built over dam side streams to channel water to the forges, and some general scenes, as well as close ups of waterfalls along the course.

But the picture I’m including for day two of my Photo365 is one of a glove placed on a tree branch I shot this as the light was fading. For some reason my polarising filter I’d been using had steamed up and the resulting shot is quite atmospheric.