I’ve been a music fan since I walked into Wilson & Pecks ( a music shop in Sheffield (long since closed) with a selection of records) with my mum when I was about 10. I heard a happy song playing over the speaker system and asked my mum what it was. She asked at the counter and we walked out with A Swinging Safari by Bert Kaempfert and His Orchestra and I was a few weeks less pocket money, and at the start of a new direction in my life, that has been my enjoyment throughout. Not Bert, I soon grew out of that stuff, but music in general.

I’ll always remember that track but haven’t a clue how the other variations on the same happy theme go.
I was having a clear out yesterday and found the record, alongside some BBC sound effect albums, Dance Macabre and a selection of old indie 12inches that joined them in the 80s.

I’ve stuck it on the record player and photographed it as my 94th photo365 photo.

The cover is very cheesy! 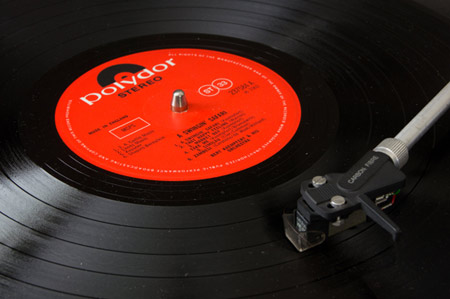