A parcel arrived today from Burning Shed containing my order for Steven Wilson’s deluxe edition of Grace For Drowning. I already have the media book version but thought this would be a nice item for my collection and if it’s like most of Steven’s other stuff it will become highly sort after in years to come, so a bit of an investment too.
Not only that you get some extra stuff as well as a gorgeous 120 page deluxe hardback book with great photography from Lasse Hoile
I decide to photograph it for my photo365 project and used the Olympus EP2 with toy lens and set in pinhole art mode. I photographed against the window light which caused the pages to be dark and in shadow so I placed a silver reflector at the front to bounce some light and make the pages white.
I was trying to portray how cool it looks. 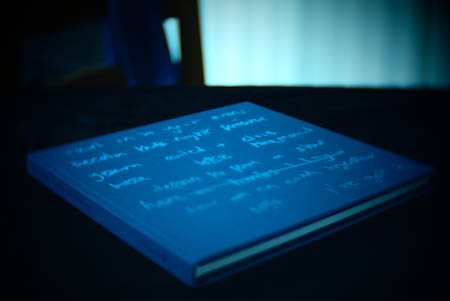