Or my pair of bowling shoes taken today on the ePHOTOzine Christmas staff outing. We played four gamed of bowls followed by lunch at TGI Friday’s (I had surf and turf) and then a few of us went on for drinks in Worksop.

The shoes are normally really grubby, but I was fortunate enough to be dished out what appeared to be a brand spanking new pair. I scored my lowest score for years at 91, and two games later I scored 163 – the highest score of anyone over the four games…did I say I was competitive!

Taken with the fisheye lens on the iPhone. 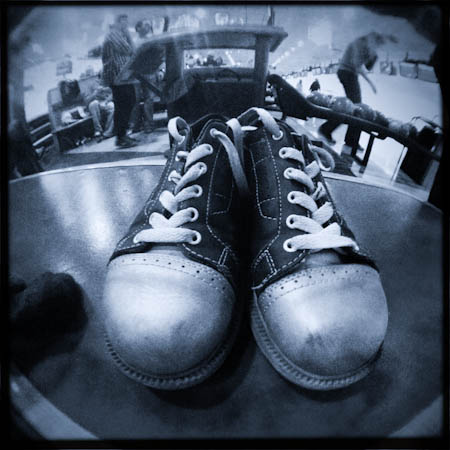