From Porto I caught a train down to Lisbon and then made my way by bus to the Pensao Residencial Flor dos Cavaleiros Rua dos Cavaleiros, 58, Santa Maria Maior, Lisboa. The apartment was on a very busy side street with some guys playing Bhaṅgṛā until early hours of morning. It was a few blocks away from the central square of Martim Moniz.
This was such a cool place with music playing each evening and lots of side stall selling a variety of street food.
I tried the local drink Ginjinha – a cherry liquor made with sour cherries and, in one bar, served in a chocolate cup.

Wandered around all the back streets and ended up in quite a scary area. Graffiti was brilliant.  Got chatted up by Indian guy…which was weird! 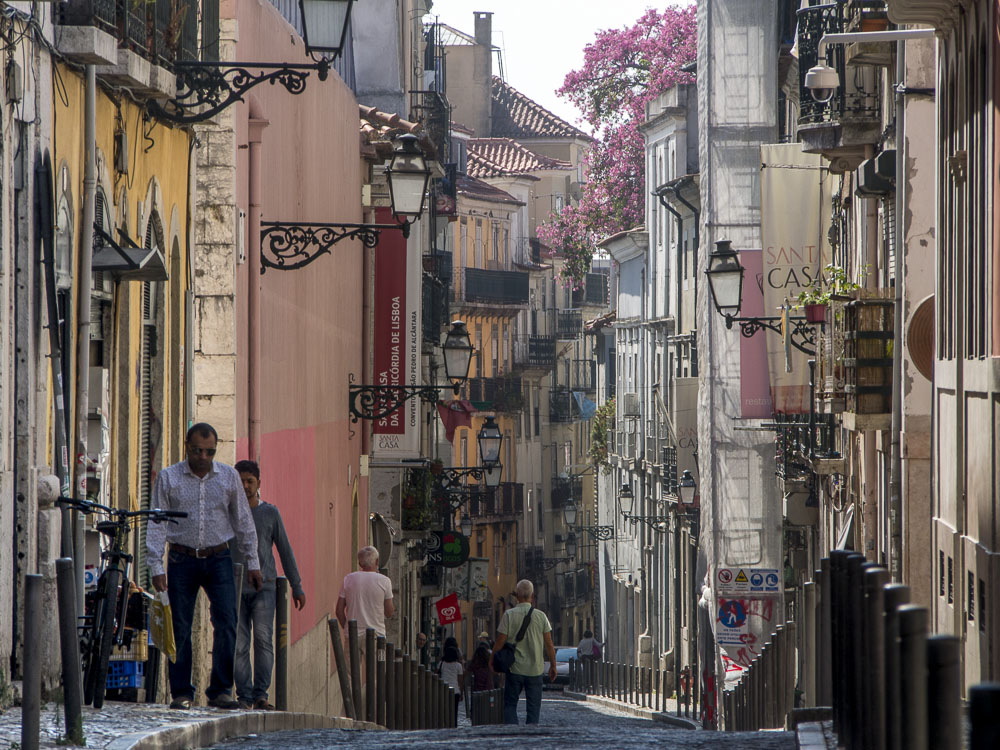