I booked another two nights at Hotel Marina in Puerto de Soller as the buffet food was ok. Turned out the next two nights there were not enough guests paying for half board to make buffet worth the hotel’s while so the few dining got a fixed meal. Tonight was tuna salad followed by pork chops (dreadful taste) with potato bravas (no sauce) and for desert, a piece of chocolate roll with ice cream.

But before that I’d been for the longest walk of the holiday. From Port Soller, via Mirador de ses Barques to Fortnalutx, then a steep climb to Puig De Verger and down the valley with Serre de Torrelles on the left and Serra de Cuber on the right. This path brought me to the MA-10 main road and I thought I could walk around and climb the highest mountain, Puig Major, but it is fenced off as a military base. So I followed the road around to Embassament de Cuber, and joined the GR221 walk back to Biniaraix through the Barranc (gorge) de Biniaraix. At the top I was greeted with some amazing views with clouds below the mountain tops. And the route down was equally spectacular.  The photo below is of Els Cornador on the ascent to Biniaraix from Embassament de Cuber. 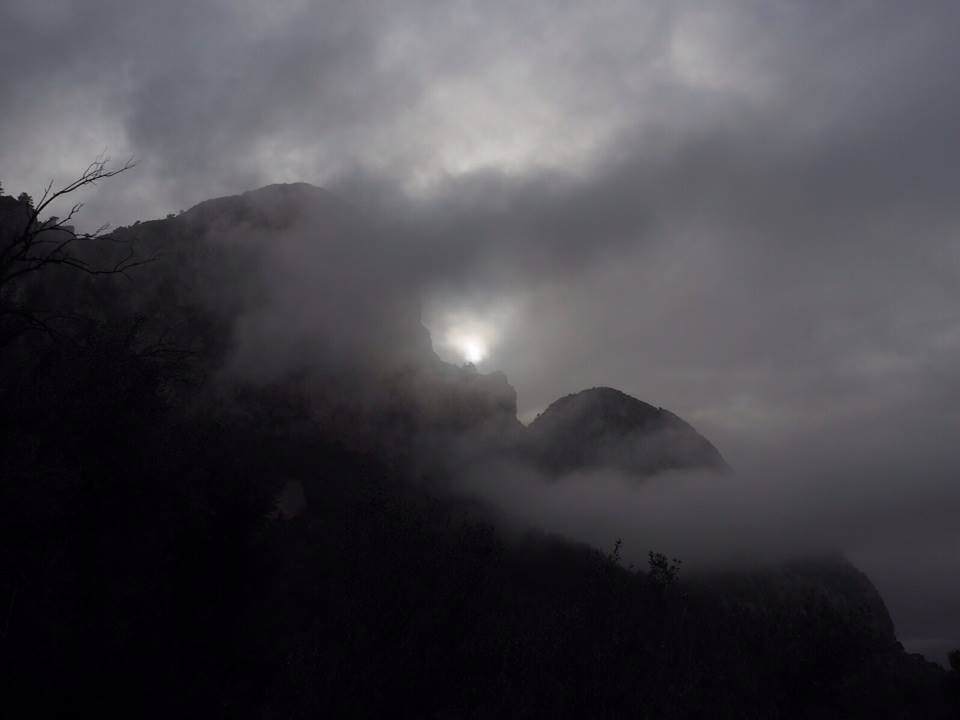