We stayed in the Grand Hotel which is a luxurious five star hotel right on the waterfront.

We ended up in a nightclub in Stockholm…and that was the night of the legendary fiiish! We even got in Panorama trade magazine (see pic right)

Oh and the 36 frame test that Martyn and I did which gave Simon something to worry about as he considered what the Japanese might have been thinking about the UK press. We were simply proving a point. No matter how fast the camera was it couldn’t keep up with us pulling faces. 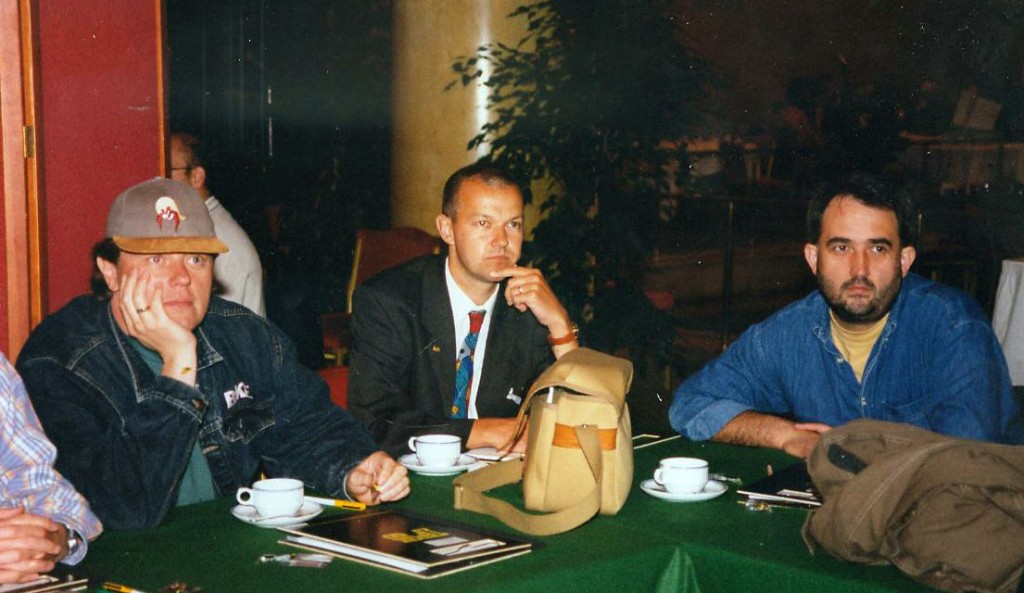