My last blog was titled unlucky and the following night I was unlucky…my computer hard drive decide to stop working and went into a loop on boot. As the windows logo appeared I saw a quick flash of that famous blue screen of death and then a reboot.

I back everything up luckily but it’s still a major inconvenience. As a result I’ve not been able to post a blog for three days. But I have been taking my daily photo and today I play catch up from the work PC.

Sunday’s photo365 is a shot from the 40s event at Clumber Park. I’ve called it observer as the gent was watching a couple dance and I caught him from behind. Sadly it was a split second opportunity. As soon as I spotted him I framed up. in preparation for the dancers to come back together. But before they did he was off and the perfect moment was never to happen. 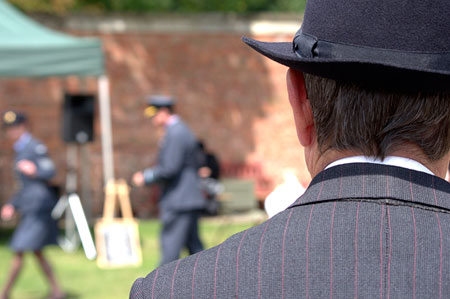