A week in Isle of Skye

I took a week’s holiday and spent it on the Isle of Skye.

It’s the first time I’ve been to the island and I was expecting typical bad (but hopefully atmospheric) weather. It turned out to be a really unusual week – sun most days while much of  England was on flood warning!

We set off Saturday morning at 4am and the first stop was Scotch Corner for a coffee then on to the first photo stop at Glencoe. 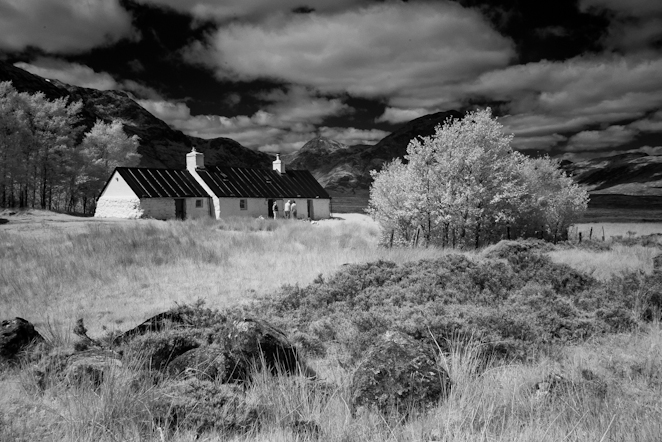 I did the usual tripod hole shots of Backrock cottage but also aimed to get some slightly different viewpoints and also in infrared. Here’s one of those 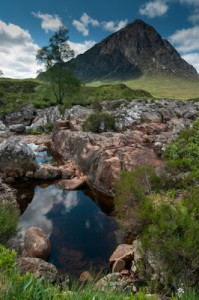 The next stop was just a short distance up the road – another classic shot – this time of Buachaille Etive Mor taken from a low angle on the river. I was disappointed to find the flow of water was limited so there were no really interesting cascades.

I’d gone to shoot the famous three cascade shot with a small tree in frame and the mountain in the background. I couldn’t see the particular falls so took a shot from here. I later (on the return home) found that this was the spot the shot is taken from (although slightly more to the left).

I really missed it on this first visit due to the lack of water and not realising that the large tree in the distance was actually the small tree in everyone’s photo.

The weather was also too clean for this shot. It needs more atmosphere to make the shot dramatic.

Quite interesting to see people wandering around with black nets over their faces. I’d yet to encounter the famous midge!

There was also what looked to be a tutorial group of photographers wandering around.

Next stop was the Glencoe war memorial which I also shot in infrared. And then on for a quick stop at Eilean Donan castle where a wedding was being held. The visitor centre was closed by the time we got there but we were able to wander around and even go over the bridge. I liked the shot from the right of the bridge as the sun was low in the sky and lighting this side. 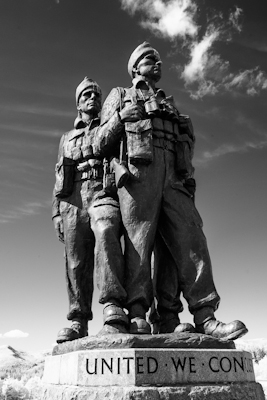 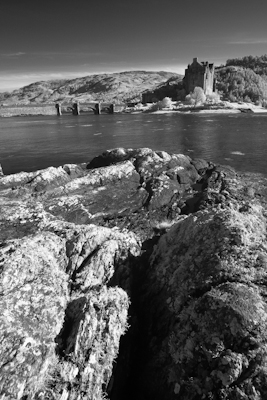 We arrived at our destination Pier House Apartment around 9pm just before sunset and I quickly unpacked and rushed down to catch the last glimpses as it set behind the Cuillins.

I wandered around until about midnight and enjoyed the warm June weather and light conditions. 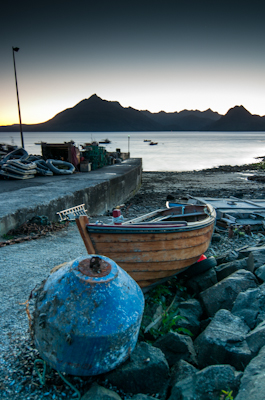 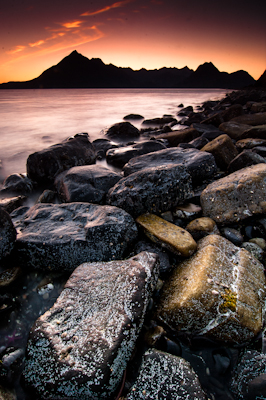 On day two we hung around Elgol to rest from the previous day’s drive and soak in the location. Elgol is a beautifully peaceful village with some stunning coastline and views over to the Cuillins. 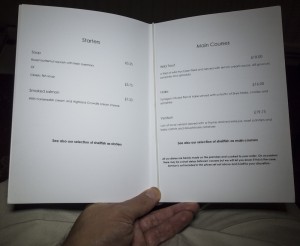 On the last day we decided to eat at Elgol’s local restaurant at Coruisk House. What a good move that was.

The hosts were wonderful and the food exquisite. I had Samphire for the first time. It was served with Hake and I think it’s the slowest I’ve ever eaten a meal. Superb food.

And followed by a weird Ice Cream combination…salty caramel.

One thought on “A week in Isle of Skye”